DEMAND OF INDIAN NURSES IN ABROAD 2021 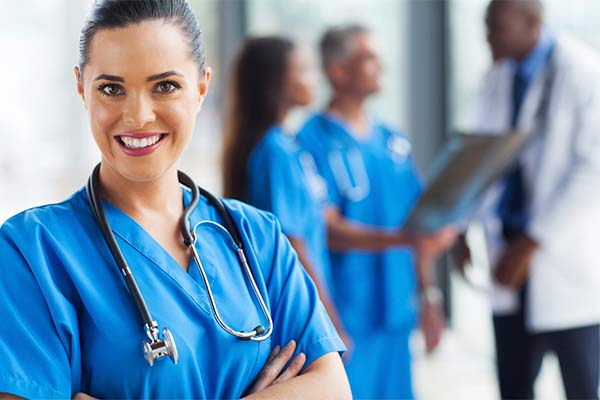 Since the country’s independence in 1947, India has been the world’s largest source of immigrant Nurses and the demand of Indian nurses has increased. Registered nurses (RNs) can find work in a wide range of settings. Nursing is an emotionally and personally rewarding career with excellent job prospects, a wide range of specialization options, and competitive pay.

Fill the form for Admission Assistance

Nursing school graduates earn higher starting salaries than their peers in other industries because nurses are in greater demand in Top Countries for Nurses than ever before.

If you’re wondering where you should work and live as a nurse, here’s a list of the Top Countries for Nurses to Work and Live in no particular order or number that will pay you more and give you a better future as a nurse.

Despite the fact that the demand for Indian nurses appears to have decreased, there are still numerous opportunities available. With the advancement of information technology in India, more people are opting for such courses. Despite this, Indian nurses are in high demand Abroad.

Demand Of Indian Nurses In USA

Nurses in California were paid the most, especially those in the San Francisco and San Jose areas. More information on how to become a licensed nurse in the United States can be found at the American Nurses Association.

Demand Of Indian Nurses In UK

Life is good for nurses in the United Kingdom once they reach higher levels. Nurses in entry-level positions typically earn around Rs 22,32,825 per year, but this can rise to as much as Rs 32,00,382 per year with experience. To become a nurse in the United Kingdom, you must first obtain a degree in pre-registration nursing, then register with the Nursing and Midwifery Council and pass an assessment.

Demand Of Indian Nurses In UAE

The annual salary for a Registered Nurse (RN) in Dubai is Rs 16,89,856 (approximately Rs 17,86,260). After 20 years in this field, the majority of people move on to other jobs. This job’s salary is heavily influenced by experience. Labor & Delivery, Birthing, and Acute Care are the skills that increase pay the most for this job.

Demand Of Indian Nurse In Canada

Canada is well-known for its generous universal healthcare system; what is less well-known is that they pay their nurses extremely well. Canadian nurses earn some of the highest wages in the world, with salaries ranging from Rs 35,72,520 to Rs 40,93,512; depending on experience and specialization, they can earn up to Rs 48,37,787. If you are not a citizen, you will also need to obtain a work visa.

New Zealand is located in the Pacific Ocean, is made up of two islands, and is bordered by Australia. It has a high standard of living, which is reflected in its average salary, which is around Rs 26,04,962 per year for private-sector employees. Nursing salaries in New Zealand start at Rs 23,81,680, with salaries rising to Rs 34,98,092 with experience.

Demand Of Indian Nurses In Australia

In Australia, the average entry-level nurse earns only Rs 2,192 per hour. Their salary, on the other hand, rises in tandem with their level of experience. Nurses with more than ten years of experience working in the best hospitals can earn up to Rs 44,65,650 per year.

When it comes to qualified nurses, developed countries such as Canada, the United States, Ireland, New Zealand, and Australia are in short supply. In these countries, the number of nurse graduates is far less than the actual demand for nurses.

At the same time, healthcare is a serious business in these developed countries. They have opened doors for qualified nurses from countries such as India in order to bridge the demand-supply gap in the case of qualified nurses.

In the case of Australia and New Zealand, the emigration process for nurses has been loosened. Nurses are also permitted to bring family members and their spouses. Priority is given to nursing professionals when applying for visas.

When it comes to working as a nurse abroad, the salary is the best part. Compensation, pay packages, and perks are much more appealing for nurses working abroad. Foreign exchange rates have a significant impact. Nurses in countries such as Canada and the United States can earn up to 40-50 lakhs INR per year! Figures are similar in countries such as the United Kingdom, the Middle East, and New Zealand.